To find out about yoga & meditation at THE FESTIVAL OF NOTHINGNESS click here.

I'm just finishing this episode to post. I hear little footsteps on the floor near the balcony door. "George, you really, really, really can not start coming in here!" He looks at me, turns and walks back outside. He jumps onto his feeding perch and croons at me, cooing and nodding, doing his little feed-me-feed-me-wiggle. He speaks human now, just like I speak bird. 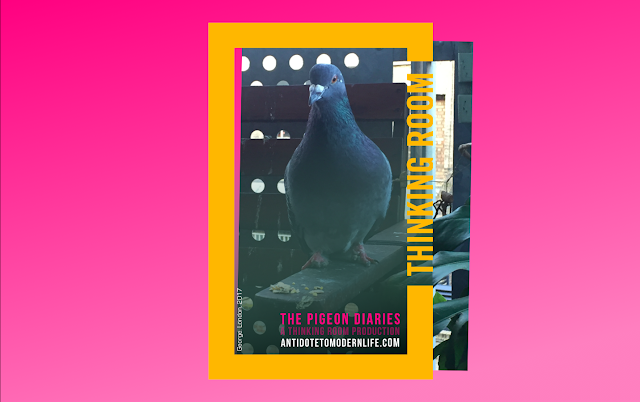 Shoreditch grew with the zeal of that little rubbery grow-your-own-boyfriend avatar. Every day he was bigger and uglier. But the universe had landed him on the perfect balcony; I habitually gravitate towards strangeness, love subversion and become catatonic if shrouded with too much imposed “normality”. I’ve felt a little odd most of my life and I was going to love every cell of that ugly little goose with every ounce of my being regardless of what anyone else thought. 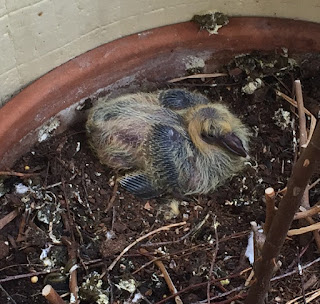 The aesthetic of okayness is so peculiar. It’s a segway but can I just say, who cares if Jeremy Corbyn looks like a nice little old man, not a politician. I certainly don’t. He’s cute, crooked and reassuringly normal. Many humans got closer to JC on his last campaign trail. They stopped objectifying him and saw past his little old man cuteness. Ka pow!

I started to learn some things about Pigeons that I never would have, had I not allowed myself to learn to love the things I hate. I realised that if you get up close to something, it can rewrite your prejudices in the most beautiful of ways:

Pigeons mate for life. George and Gladys, those crazy, annoying Geese, they were going to be forever-ever partners. No divorce in Pigeon world. No affairs. No late coming out or transgender reassignment. Georgie and Glad are an item for eternity. They care about each other. They groom each other. They stick together through thick and thin. George protects Gladys and in return she’s loyal and faithful. They bring up their children together, completely together, no sort of maybe parent sharing. Real parent sharing. She follows him everywhere. She looks at him with kind eyes. He coos his heart out for her and puffs up his feathers and dances around like a dad on the dance floor. He might not love her, pigeons might not know what love is, but they go through the motions in a very human way.

They are territorial. No other pigeons were allowed to come and hang out on the balcony. This pleased me immensely; two were enough, perfect in fact. And now that George and Glad had moved in they had chased all the others away, which pleased me even more. Of course the neighbours didn’t know there were only two. To them there were probably still a million marauding pigeons defecating on my two square meters of real estate and its fringes, flapping their god damned wings like they thought they just could make birdnoise in the face of building sites, traffic congestion and internet-addicts. It was almost as if they felt entitled to be there.

The male guards the roost against other males. If it is a successful nest, other males will see it as a good place to live and try to usurp it. George fought them off ferociously. There is one in particular, I named him The Impostor. The Impostor never gave up. George and the Impostor fight everyday. Still. The Impostor is a veritable bully, he’s Donald Trump in my menagerie. He’s bigger than George. He has a quiff. His gait is noticeably different, he struts around with a superior air and coos monumentally loudly. I’m endlessly whispering to him, “shut up Impy, you’ll piss all the neighbours off and they'll make me get rid of you all."

He listens for five seconds then starts over. Whenever a new bloke comes in to sniff out the nesting ground Impy appears and starts a fight. He’s not stupid, he recognises my balcony as prime real estate with a good supermarket that delivers fresh birdproduce daily. Impy can't seem to make it with the ladies, he brings new birds round to check out his stomping ground, but they never stay. I reckon in bird world he's like the human equivalent of a narcissistic ego maniac, potentially attractive for one second then repulsive for eternity.

George keeping 'Ditch safe from humans and other animals.

Only the men can speak. It sounds like a lyric from an 80s ballad or a line from The Handmaid’s Tale, it’s true though - only the men can speak. Lady pigeons don’t speak. They just walk and nod and look and fly. This doesn’t mean they can’t communicate with the men. They only talk in body language, or perhaps it’s pigeon contemporary dance. Sometimes Gladys leans into George and lets him scratch her brow, other times she pushes him out of the way so she can eat a few seeds before he’s cleaned the table. Familiar?

The men make a bloody racket. They love to try to tell the other guys who’s the boss, who’s house is the best, who’s got the best menu-del-dia or just to do one and go find another railing to perch on.

Voice was one of the ways I figured out that Shoreditch is a girl. That also means that Hoxton, rest his little soul, was a boy. Every brood has one male, one female. No way? Way.

(‘Ditch is now married to Angel. Angel is a boy. No gender bias names in Pigeon world. Angel is Shoreditch’s brother. She comes along later.)

Brexit happened whilst Shoreditch was growing up. I was so pleased to have Shoreditch TV to immerse myself in rather than the-flat-screen-of-doom. I am one of the people that hates Brexit. Hate is a big word but I  felt my visceral response to not wanting to be separated from the rest of the world just as I was finding my way in to it.

Rather than us and them I settled on thinking of them as another us with another agenda. That seemed fair enough, it wasn’t like I was going to be able to convince them all that I was right and they were wrong.

Then, I heard a person say to me, “there are too many immigrants, we need our country back.”

For the first time in my life I heard myself say these words out loud, “I am an immigrant.”

I paused for thought.

She noticed me pause and attempted to explain herself better, adding, “you know what I mean?”

I didn't know what she meant. I could figure it out in my head, but not in my heart.

I hurt. I raged. I turned my heart towards my Pigeons questioning humanity and vowing to steer my moral compass mindfully forth. 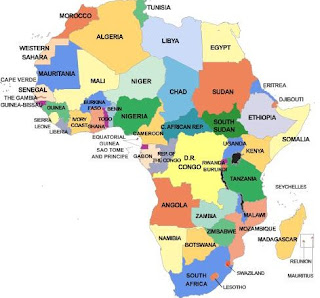 Africa (is not a country.)

Sometimes I think that if I was black people would understand me better. There are complex identity issues that come with being a white African. Once years ago I did some comedy about this: I recited the joke about the cab driver that asked me, "are there other white people in Africa?" And the one who asked me where I was from and when I said Zambia, he said, "where's that?" and when I said, "in Africa" he said, "you don't look like an African."

There are people that automatically write your story for you when they realise you're a white african. It's okay, I get it. In the beginning, white didn’t arrive on the beautiful continent with moral integrity and that will stain us eternally.

Sorry can be a useless word sometimes, but I am sorry. I wear the shame and guilt of misguided lineages somewhere deep in my fibre. I am an African.